TCSO Details What Led Up To Shooting At Deadman Campground 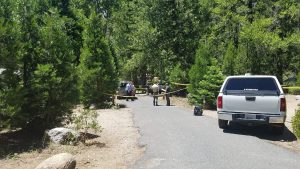 It is noted that no arrests were made and investigators are working with the District Attorney’s Office in relation to the case. Names are being withheld at this time by officials, pending additional investigation and notification of family.