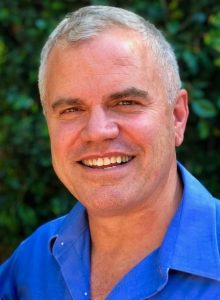 Angels Camp, CA – Clarke Broadcasting has learned that a Calaveras native will be the next head of the visitors bureau.

The new Executive Director is Martin Huberty, who has not only worked for British royalty as Chief of Staff for the Duchess of York for the past ten years, but has impressive roots of his own in the county, according to current bureau leader Lisa Boulton. She adds, “He’s really excited to be able to come an contribute to the local economy since his family was one of the original Gold Rush families that came out here six generations ago. So, it really means a lot to him.”

Out of a field that began with 27 candidates and then whittled down to four, Huberty’s experience in Hollywood film production as a producer for at least a dozen films including “Fried Green Tomatoes” helped him stand out, according to Bolton. She pointed to his exceptional multi-media presentation to the board, which was the final test in the interview process that landed him the job.

It is a direction Boulton, who as reported here is leaving to move back to England in July, says is one area the county wants to tap. “We really want to take off in the film direction roll and take it to new heights bringing film production to the county. We’re in a good position now for him to be taking that as a new focus.”

Bolton’s background also includes marketing; a key skill needed for the position relays Boulton, who says the two will be working together through the month of June while he settles into the position.