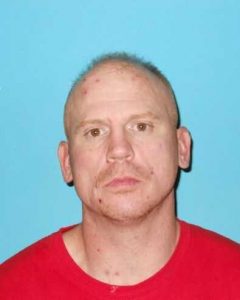 Sonora, CA – A call of a burglary in progress brought Tuolumne County Sheriff’s deputies to a Quail Mine area home – but the thieves had already left the scene.

A woman met deputies at the scene and reported that she saw a U-Haul truck at her neighbor’s home, which made her suspicious because she knew they were out of town. Deputies then went to the front door of the house and found it had been broke into and remained open.

While responding to this call, one of the deputies remembered passing a U-Haul on the Highway 108 Bypass near the Peaceful Oak Road exit. While patrolling that area, a U-Haul truck with three subjects inside was spotted at the Crystal Falls Car Wash on Sunshine Road near the highway and Soulsbyville Road intersection. During questioning it was determined that this was the truck that had been in the area of the burglary and items were found inside it, but unfortunately the owner of the home was not available to identify the property.

A further search of the truck and the three men also netted heroin, drug paraphernalia, a switchblade knife, brass knuckles and what is called a “slungshot,” which is a long rope that is knotted at the end with a weight inside.

Arrested on drug and weapons charges were 33-year-old Michael Ball and 34 year-old James Wood. The third person was released; as he was not found with any drugs or weapons and it was determined he was not considered a suspect in the burglary.