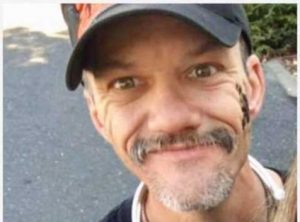 Sonora, CA — Law enforcement officials say a man who was found dead over the weekend had been reported missing by family members on December 10.

Tuolumne County Sheriff’s Office spokesperson Sgt. Andrea Benson relays that limited details are still available, but she confirms that the man has been positively identified as 45-year-old Matthew Dale Bryan.

Sgt. Benson adds, “The cause of death is pending, as an autopsy is being conducted, but foul play is not suspected at this time. We send out sincerest condolences to Matthew’s family and friends.”

The Sheriff’s Office first received a call Friday evening about a body being spotted in an unincorporated area between Sonora and Jamestown. However, officials did not locate Bryan until daybreak on Saturday. The wooded area is situated between Golden Dove Lane and Rough and Ready Road.