Fourth Stage Of TUD Rate Hikes To Kick In Next Year 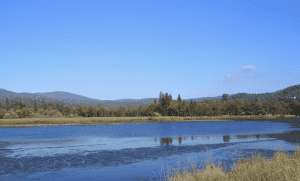 Sonora, CA – When opening the water bill this month, Tuolumne Utilities District (TUD) customers found an extra notice signaling an increase in the rates for next year.

The rise in cost is part of the five year capital improvements plan and rate hikes approved by the TUD board in 2015. This is the fourth installment of those hikes and TUD spokesperson Lisa Westbrook details, “If you are a residential customers and have a treated water account and it’s one inch or smaller, it’s going to be $60.50. Then for the base charge, it will increase about 20-cents a month on the one-hundred cubic feet.” She tallies, “For residential water it would be an increase of $4 dollars and then for sewer it would be $3.”

The 2019-20 fiscal budget year targets nearly six million dollars in improvements focused on reliability and support of TUD’s water and sewer operations, which will be split to $3.7 million and $2.2 million respectively. Some of those funds will go the $6.1 million Phoenix Lake Restoration Project. Although still waiting on state permits, as reported here in May, Westbrook shares, “For what we’re working on right now, which is included in that $3.7 million, we’re using about $500,000 for this next fiscal year.” TUD hopes to begin the work in the spring or summer. For a list of all the projects included in the coming year’s funding cycle, click here: FY 19 CIP Status_Dec 2018

Customers will see an increase in their monthly bill beginning Jan. 1st.