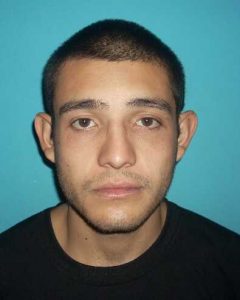 Jupiter, CA – A suspect has been arrested in last week’s deadly shooting in Jupiter.

Tuolumne County Sheriff’s Detectives have arrested 23-year-old Matthew Grogg of Jupiter for the killing, but would not reveal an alleged motive for the murder.  As earlier reported here, on the evening of Tuesday, Oct. 16th, deputies found 31-year-old Scott Andrew Rockey gunned down in a marijuana garden outside of his home. With no suspect located at the property on Italian Bar Road near Rose Creek, detectives combed the area for evidence and interviewed witnesses. Child Welfare Services was called and took custody of a three year old living at the house.

Grogg is charged with murder. His bail is set at a million dollars. Sheriff’s spokesperson Sgt. Andrea Benson also relays that no additional specific details regarding the slaying are being releasing while detectives continue their investigation. Assisting sheriff’s detectives in the investigation were narcotics detectives, the high risk supervision team and the crisis response unit.