Failure To Halt At Stop Line Results In Drug Bust 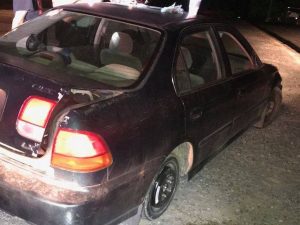 Jamestown, CA – An early morning traffic stop in Jamestown for failing to properly halt at a stop sign landed two men behind bars.

Tuolumne County Sheriff’s officials report a deputy pulled over a Honda sedan just before 3 a.m. on Friday. The driver, 21-year-old Joseph Rizzuto, crossed over the designated stop line at 5th Avenue in Jamestown.

The deputy ran a records check on Rizzuto and his 25-year-old passenger, Ryan Morrison. It found that Morrison was on probation. That allowed for a search of the vehicle, which turned up heroin, methamphetamine, packaging materials and drug paraphernalia.

Of note, Morrison was also arrested in December of last year in a DUI related crash and drug bust, as reported here.