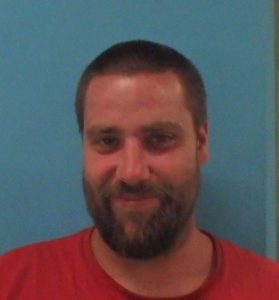 Sonora, CA — Between a Stockton Road transient camp and the Sonora Walmart police arrested two men over the past two days for felony offenses.

As reported here, it was just last week when police were called to the Stockton Road area in the wake of an attack on a transient couple. Acting Police Chief Turu VanderWiel confirms increasing incidents of late near the homeless camps, adding that this most recent incident, which occurred Saturday evening, began as a physical altercation between a couple and wound up involving an unnamed off-duty Tuolumne County Sheriff’s Office deputy, who intervened.

The alleged attacker was identified as 29-year-old Robert Travis Wade, Jr. of Jamestown. “Sonora Police officers had learned from the off-duty deputy that he had witnessed Wade’s assault of his girlfriend. When the deputy came to her aid, Wade turned his aggression towards the deputy — and thankfully, neither the off-duty deputy or the female victim were seriously injured,” the chief recounts. Wade was booked into the Tuolumne County Jail for battery on a peace officer and domestic battery as well as on a failure to appear warrant stemming for a violation of probation charge and given a bail totaling $40,000.

Then on Sunday night just after 11 p.m., Sonora Police were dispatched to the Walmart off Sanguinetti Road. Chief VanderWiel reports that when units arrived they learned that one of the employees, 19-year-old Joseph Eugene Sifuentes of Soulsbyville, had been recently observed on in-store surveillance cameras stealing electronics products from the company and had reportedly been involved in taking other items earlier in the month.

As the products totaled well over $1,000, Sifuentes was arrested and booked into the county jail on a felony embezzlement charge. He was assigned a $20,000 bail.