Man Arrested After Skirmish With Police 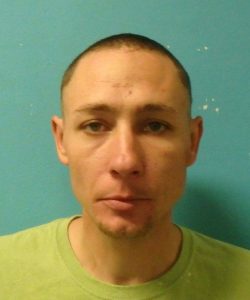 Sonora, CA – A man resisted arrest while wielding a knife, but that was not his only weapon.

The call came into Sonora Police dispatch around 1 p.m. Wednesday regarding a report of a man brandishing a knife at the Enrichment Center on Hospital Road. Once there, officers approached the suspect, 30-year-old Levi Elden Coon. Police report that Coon “made an aggressive movement toward” one of the officers, who were able to grab him. Coon struggled with the officers and was forced to the ground and taken into custody.

Two knifes that Coon had ditched just before police arrived were found by the officers. One was a fixed blade knife he had used to threaten another person at the center, according to police.

A records check showed that Coon was wanted on a felony Calaveras County warrant for drug related charges. He was booked at the Tuolumne County Jail on felony brandishing a knife, criminal threats, and resisting arrest. His bail is set at $70,000.

Neither the officers nor Coon suffered any injuries during the scuffle.

This is not the first time Coon has been arrested by police. Three weeks ago his was taken into custody for outstanding drug warrants and resisting/obstructing a Peace Officer. Click here for details on that arrest.