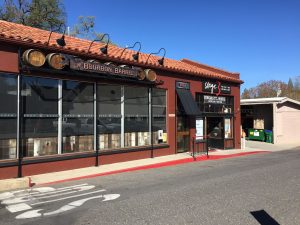 Sonora, CA — Heavy demolition activities planned in the heart of downtown Sonora later this week will impact traffic flow for at least part of a workday.

Trado Restaurant Corporation, which owns the Bourbon Barrel and the building that houses it and Stage 3 Theatre, has obtained the necessary city permits enabling Robert Boyer Construction to close down portions of Church and South Green streets adjacent to the property this Thursday from 9 a.m. until noon.

According to project manager Sarah Segars, while vehicular traffic will be able to pass through the area, motorists should anticipate delays and one-way traffic controls in place during the three-hour period.

As reported here, Trado’s site plans include adding a beer garden, extended theater space and retail store with a the current project completion estimate by midsummer.