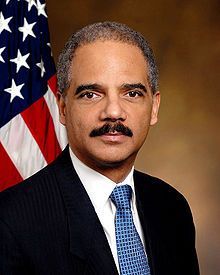 Sacramento, CA — The California legislature has made a move that indicates Democratic lawmakers are readying to put up a fight against potential actions by incoming President Donald Trump.

The Associated Press reports that the state legislature has hired former U.S. Attorney General Eric Holder to serve as outside legal counsel.

The announcement of the hiring was made by Senate President pro Tempore Kevin de Leon and Assembly Speaker Anthony Rendon, the leading Democrats in the California Legislature. The contract will technically be with Washington, DC based firm Covington and Burlig, of which Holder is a main partner. Details regarding compensation to the firm have not been finalized, but Senate leader de Leon promised today that the financial terms would be publicly released at a future time.

Holder will be asked to help California lawmakers resist potential federal attempts to roll back legislation on issues like climate change, health care, civil rights and immigration. He served as President Obama’s Attorney General from 2009-2015.