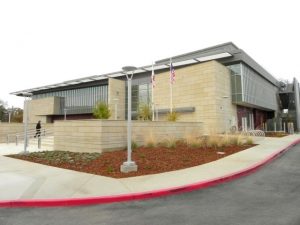 San Andreas, CA– A Copperopolis man, who entered a not guilty plea to charges he was under the influence when he allegedly severely injured two women at Lake Tulloch in July, appeared in court for a preliminary hearing on Dec. 16, and the case was continued again until Jan. 20. The case is scheduled to go before Judge Grant Barrett, last week the case was before Judge Richard Meyer and Susan Harlan who continued the case from the preliminary hearings scheduled for October 3rd and October 31st under Judge Berrett which were continued from dates with Judge Thomas Smith and Judge Barrett in September.

Dean Allen Payne, 55, of Copperopolis who is being represented by San Andreas attorney Kenneth Foley, has waived his right to a speedy trial, meaning; as long as the judge agrees there is a reason to delay, the case may take as long as necessary to gather enough evidence before it goes to trial. The various court dates involve a pre-preliminary hearing where plea bargaining may occur and a preliminary hearing where a judge determines if there is enough evidence to present the case to a jury, if enough suitable evidence is presented at a preliminary hearing, the judge will set a trial date.

Details about the various criminal charges Payne faces were reported here, including enhanced charges due to the severity of the injuries the women sustained. The incident happened on July 24 when Payne, while allegedly under the influence of alcohol, drove his vessel into two woman who were inner tubing on Lake Tulloch.

Since Payne’s court appearance on Aug. 30 he remains out on bail and is subject to random alcohol testing by officers at the Probation Dept. Under current terms with the court he is not allowed to drive nor possess or consume any alcohol. He is also forbidden to be in any place where alcohol is the primary item for sale.

HIPAA regulations protect the right to privacy of the women who were injured. The victims’ names have not been released, both remained in critical condition at trauma hospitals outside of the area in August. No further information has been released on their current condition.