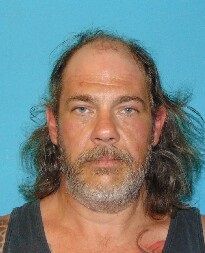 Sonora, CA — A man law enforcement says is responsible for a fiery blast nearly five months ago at his Sonora home was taken in to custody earlier this month.

Back in May when the explosion happened, investigators did not identify any suspects or the owner of the home. However, Tuolumne County Sheriff’s spokesperson Andrea Benson now says that the delayed arrest of 48-year-old William Doyle Elkins was due to injuries he sustained in the explosion that included burns over most of his body.

As reported here, Elkins was flown to U.C. Davis after the blast rocked the 21000 block of Montgomery Road. The Tuolumne Narcotics Team conducted a full investigation of the incident and found Elkin was using butane gas to make honey oil from marijuana, which sparked the blast.

Elkins faces several drug possession and manufacturing charges along with burglary and causing fire to an inhabited structure. His bond is set at over $200,000. Benson detailed how dangerous the gas is stating that Butane Honey Oil explosions killed 32 people and injured many others across the state last year as it is a highly flammable liquid.