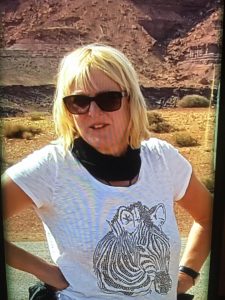 Groveland, CA — One of the German tourists involved in a crash on Highway 120 on Monday has now passed away from injuries sustained.

The Tuolumne County Sheriff’s Office reports that 57-year-old Maria Fissman has died at Doctors Medical Center in Modesto. We reported yesterday that the crash occurred sometime late Monday, but the three tourists were not located until Tuesday afternoon. The SUV was discovered down an embankment near Buck Meadows. The other two in the vehicle, 63-year-old Monika Schmidt and 16-year-old Reiki Regal, remain in stable condition this morning.

The three were in a GMC Yukon leaving Yosemite National Park and heading to Groveland for an evening dinner. Click here to read a story recapping yesterday’s search and rescue events.