Update: Power Restored To Almost All In The Mother Lode 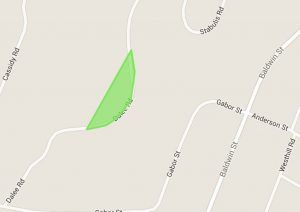 Update at 4 p.m.: PG&E reports most of the 88 customers that have been without electricity since just before 11 a.m. in the Rancho Calaveras area of Calaveras County power has been restored.  However,  16 customers along Dalee Road are still in the dark. Company officials indicate that crews found damaged equipment on a power pole. The estimated repair time for the remaining customers is 10 p.m.

Additionally, nearly 145 customers in Sonora remain without electricity due to downed power lines in the Hillcrest Drive area. Click here for more details.

Update at 3:15 p.m.: The lights are back on for some of the nearly 380 PG&E customers in the Mother Lode. PG&E crew have restored power to 147 customers in the Groveland area of Tuolumne County. The company has not released what cause the outage. In the Rancho Calaveras area of Calaveras County, 88 customers remain without electricity along Anderson Street and York Drive. PG&E had estimated the repair time in the two o’clock hour but the lights are still out.  The company has not given a revised restoration time. Additionally, no cause has yet been determined.  Nearly 145 customers in Sonora also remain without electricity due to downed power lines in the Hillcrest Drive area. Click here for more details.

Original post at 2:30 p.m.: Nearly 380 PG&E residents are without power this afternoon in Tuolumne and Calaveras counties.

In Tuolumne County in the Groveland area, 147 customers are without power along Ferretti Road and Wells Fargo Drive. The lights went out around 12:30 p.m. Thursday and the estimated repair time is 4 p.m.

In Calaveras County in the Rancho Calaveras area, 88 customers have been without electricity since just before 11 a.m. Thursday along Anderson Street and York Drive. The estimated time of restoration is 3:45 p.m.

PG&E crews are on the scene of both outage locations. The company has not determined what caused either of these outages.

Additionally, downed power lines are to blame for nearly 145 PG&E customers without electricity in the Sonora area. This outage has also closed some downtown roads. For those details click here for an earlier report.