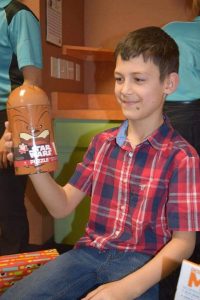 Sonora, CA — Some positive news to report this morning…the two children that the Tuolumne County Sheriff’s Office had been looking for over the past week have returned safely to Sonora.

We reported previously that law enforcement was asking for the community’s help in locating Jacob and Keira Owens. They had last been seen a week ago today when they were picked up from Curtis Creek Elementary. They missed the remainder of the school week and failed to attend a visitation with their father on Wednesday. The Sheriff’s Office reports the children had been in Las Vegas with their mother and her boyfriend. The children’s aunt met with the mom, Angela Owens, and brought the children back to Tuolumne County.  A Sheriff’s Deputy went to their father’s home and spoke with the children over the weekend, and both kids appeared uninjured and in good health.

The Sheriff’s Office thanks community members that spread the word and helped Jacob and Keira return home safely.