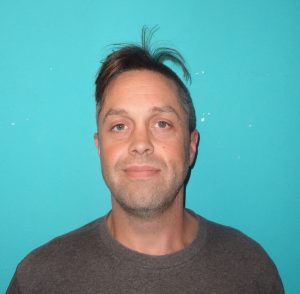 We reported yesterday that Pierce was wanted by the Sonora Police Department in connection to a fight that happened earlier this week in a parking lot off Old Wards Ferry Road. Pierce allegedly got into a physical altercation with two women after accusing them of having something to do with his missing vehicle. The Police Department reports that he hit one woman multiple times, and he tried to strangle the other. Pierce, identified as a transient, was also involved in a high speed chase in Oakdale last week. Law enforcement officials report that the vehicle he was questioning the women about might be the one used during the chase.

The Tuolumne County Sheriff’s Office received a tip from a citizen at around 6:30pm about Pierce being at the Chapel of the Pines Church on Cherokee Drive in Twain Harte. Sheriff’s Deputies and K9 Hans responded to the church and took Pierce into custody without incident.  Pierce was booked into Tuolumne County Jail on $510,000 bail on charges of attempted homicide and felony weapon and drug paraphernalia charges.