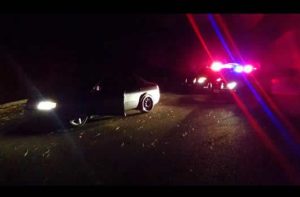 As reported previously, 31-year-old Stephen Proper is wanted in connection to an incident that netted three arrests related to drug and firearm charges at the Mark Twain Apartments on Fairview Lane in Sonora. Click here to read an earlier story. The Sheriff’s Office reports that deputies chased Proper yesterday in the Ridgewood area of east Sonora, but he was able to escape.

Anyone that knows of Proper’s whereabouts should contact the Sheriff’s Office at 209-533-5815.