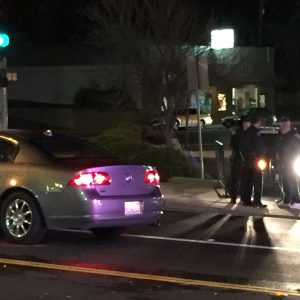 Vehicle vs. pedestrian accident in Sonora

Sonora, CA — An intoxicated man suffered major injuries when he was hit by a vehicle on Restano Way.

Moore was taken by ground ambulance to Sonora Regional Medical Center and he was later flown to a hospital in Modesto.

We first reported the initial details of the incident shortly after 7pm on Wednesday. The Police Department reports that two witnesses confirmed the above referenced series of events. An investigation into the crash is ongoing.