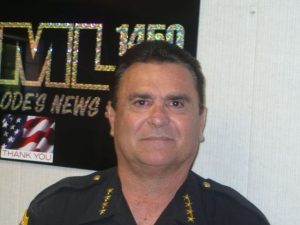 San Andreas, CA — Still reeling from the sudden passing of Sheriff Gary Kuntz, the county supervisors will hold off on appointing an interim sheriff.

According to Calaveras County Board of Supervisors Chairman Cliff Edson, with as much as the sheriff’s office has already been though over the past month and a half dealing with the Butte Fire, the board decided at its meeting this week that, for consistency’s sake, it would not yet move towards a succession plan to replace Sheriff Kuntz, whose unexpected death last week of a heart attack at the age of 63 rocked his unit and the community.

Edson says that deciding to take no action for 90 days allows the department’s ranking operations officer, Captain Jim Macedo to fill in for the short term. “He’s the person that basically is the successor, according to the plan that the sheriff put out, if something were to happen,” Edson states.

On a personal note, Edson shares, “I think its important that things maintain as consistent as possible and [sheriff’s office personnel] can feel they already know what their jobs are…already know who is in charge. Once we go through all of this process…and… grieving is part of the process — three months is pretty realistic to put everything into perspective — and maybe come up with a direction at that point. But right now, it would be, I think, just a little bit too hard to do that — especially as things are operating as they should, and the sheriff’s department is stable with that.”

The public viewing hours at San Andreas Chapel for Sheriff Kuntz on Thursday will be from noon to 8 p.m. A memorial procession from downtown San Andreas on Friday morning at 10 will lead to a celebration of his life beginning at noon at Ironstone Vineyards in Murphys.