No Room At The Inn 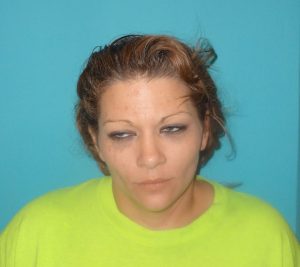 Sonora, CA — Instead of a hotel room for the night, stolen plastic lands two in rooms with no view at the Tuolumne County Jail.

On Wednesday, just after 1 p.m., Sonora Police were alerted to a woman trying to use a credit card and passport with another female’s picture on it to rent a room at the Inns of California in downtown Sonora. When the clerk questioned her, she and a male companion abruptly left.

The officer called to the scene, decided to check next door at the Gunn House Hotel to see if the woman had stopped there, too; which she had and had attempted to use a credit card that had insufficient funds. As the officer interviewed the hotel clerk, the female suspect walked into the lobby.

While being questioned, Nicole Edwards, 32, of Merced, told the officer the passport and credit card belonged to her aunt, and she had used them “by mistake,” and was subsequently arrested. The officer also located her male companion nearby. Identified as Clinton Bauman, 34, of Sonora, he was arrested, without incident, on an outstanding felony failure to appear warrant for preparing false evidence. As previously reported, Bauman was recently arrested for a rash of burglaries in the Groveland and Chinese Camp areas.