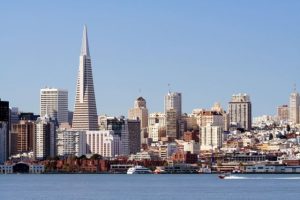 Sacramento, CA — The California State Senate Committee on Public Safety is not going to address legislation related to the killing of Kathryn (Kate) Steinle in San Francisco on July 1st. Mexican national Juan Francisco Lopez-Sanchez, charged with her murder, has previously been deported five times but was released without immigration authorities being notified avoiding a sixth deportation.

California Senator Loni Hancock (D-Oakland), Chair of the Public Safety Committee, has set the agenda until the legislature adjourns in September, and Senator Mike Morrell (R-Rancho Cucamonga) expressed his concern that Senate Joint Resolution 17 will not be heard. The resolution requests Congress to pass legislation creating a mandatory sentence of five years in federal prison for an individual who has returned to the United States after having been deported and previously convicted of a felony in the United States. Such a proposal has been discussed as “Kate’s Law” due to the tragedy.

Morrell says, “One of the primary responsibilities of every elected official is the public safety and protecting the citizens they represent. We swear an oath to uphold our laws and the Constitution. But by hiding behind legislative procedures, I believe Democrats are conveniently trying to avoid a debate on the dangers posed by sanctuary city policies – policies that have resulted in tragedies like the death of Kathryn Steinle. It sends a signal that they would rather put these cities and the criminals they release above the security of our families.” The Public Safety Committee has seven members, five are Democrats.

San Francisco’s 2013 “Due Process for All” ordinance overlooks an individual’s immigrant status unless they have been convicted of a violent felony in the past seven years, and are facing another violent felony charge.

The U.S. Immigration and Customs Enforcement says they should have been notified in April when Lopez-Sanchez was released from San Bernardino County after serving 17 years in prison for four felony drug convictions.  He was released when the San Francisco district attorney declined to prosecute him for a 20-year-old drug charge for marijuana sale.