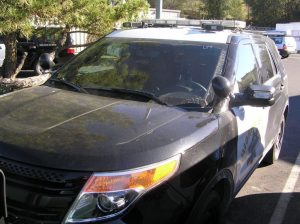 East Sonora, CA — A DUI/Drivers License checkpoint was conducted this weekend between 7:00pm and 1:00am on Mono Way east of Fir Drive (West of Sanguinetti) within the unincorporated area of Tuolumne County. The Jamestown CHP office says of the 1,491 vehicles that went through the check point only 516 were screened, to minimize the traffic delay. Three drivers were cited for not having a license. One did not have a license to drive the motorcycle they were driving and the two others were driving on suspended licenses.

Last year in August at the same location 891 vehicles went through the check point and 778 were screened. There was one DUI incident prior to the checkpoint that damaged property but caused no injuries, and eight drivers were cited for not having licenses.

According to the National Highway Traffic Safety Administration “Checkpoints have provided the most effective documented results of any of the DUI enforcement strategies, while also yielding considerable cost savings of $6 for every $1 spent.” The CHP notes “Research shows that crashes involving alcohol drop by an average of 20 percent when well-publicized checkpoints are conducted often enough.”