A Jump In the Big Creek Fire Containment 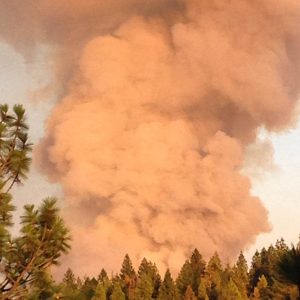 Groveland, CA – Cal Fire reports crews made progress overnight on the Big Creek Fire, as the blaze is 60% contained and holding at 204 acres.

The latest update from Cal Fire includes crews beginning to mop up in some areas. Cal Fire spokesperson Nancy Longmore says, “The fire activity is much less than it was for the first couple of days. So now, they can make a lot more progress on building lines. They’re now working on mop up and repairing fire suppression damage that was done.”
Additionally, there has been a drop in the number of firefighters from 585 to 521. There is no aircraft working the fire. On the ground are 42 engines, five bulldozers, seven water tenders and 17 fire crews.

As previously reported, 43-year-old Lisa Ann Vilmur of the Groveland area was arrested Thursday night for allegedly starting the fire, caused by an escaped debris burn. She faces one count of recklessly causing a fire.