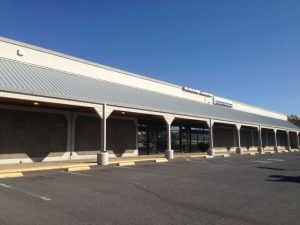 Sonora, CA – The City of Sonora Planning Commission will decide whether to grant some revisions, including moving and slightly downsizing the Sonora Regional Medical Center’s proposed Cancer Center on the old Andy’s Hardware site.

The hospital has applied for a revision to the original Site Plan and Design Review for the Cancer Center and Outpatient Pavilion on Mono Way, which the commission approved in October 2013.  City Community Development Director Rachelle Kellogg says the hospital is asking to redesign the building and the site location. She explains, “The building will be only 500 square feet smaller. I think the main thing is that it’s being moved from one side of the parcel to the other. I think they felt it accommodated what they need better.” The earlier site plan had the center being built on the northeast corner of the old Andy’s property at the intersection of Mono Way and Greenley Road. The new plans call for it to be in the same spot as the home center.  Additionally, the revisions include design changes to the height of the proposed center from 53′ to 50′. The building redesign would also allow for two additional parking spaces.

Another project needing site plan and design review approval is the rebuilding of an apartment complex that burned down in January 2012.  The old complex was a Victorian home on 489 South Stewart Street that had seven units.  The owners are asking to rebuild the multi-family structure, parking and garbage facilities.  As previously reported, the city is helping to fund the project. Kellogg says, “We are funding this through a community development block grant. We’re providing a low interest loan to the owner…He will be renting it to low-income individuals under an agreement with the city.”

Construction could begin in the fall on both buildings, according to Kellogg. The Planning Commission meeting starts at 5:30 pm in the Sonora City Hall Council Chambers at 94 North Washington Street.