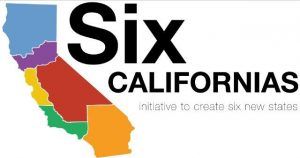 Sacramento, CA – A Silicon Valley venture capitalist who wants to break California into six different states may have the backing to do it. Tim Draper submitted 44,000 signatures to state election officials yesterday in Sacramento.  Draper says those signatures are just some of the 1.3 million his campaign has collected statewide, which is slightly more than the 800,000 valid voter signatures needed to get the initiative on the 2016 November ballot.

Draper argues the state of 38.3 million people with diverse interest has become ungovernable.  Critics counter the constitutional amendment would create some wealthy states, like Silicon Valley, and poor ones in the northern and central areas of the state.

One note, a Field Poll in February showed 59 percent of Californians surveyed opposed the idea.  Another obstacle, the measure would have to get approval from both the U.S. Congress and the state legislature.