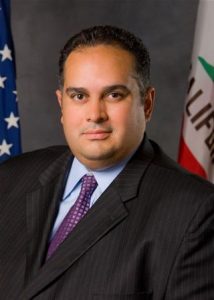 Sacramento, CA – It is the first time in modern state history that a statewide candidate election race is being recounted. Election Officials in two counties began the recount for the hotly contested State Controller’s race on Friday.

Assemblyman John Perez requested the recount in Imperial and Kern counties after finishing third in the June 3 primary. He trailed fellow Democrat Betty Yee, a member of the state Board of Equalization by 481 votes.  Republican Fresno Mayor Ashley Swearengin grabbed the top spot.

Perez’s campaign is seeking recounts in certain precincts in 15 counties. That could cost Perez since he called for the recount state law requires him to pay for it.  The bill is nearly $4,019 per day in Kern County and $1,640 per day in Imperial, which must be paid before each day’s count. In addition, the process could drag on for weeks, which could create problems for the November primary as voter information guides are scheduled to go public on July 22 and vote-by-mail ballots by September 5.