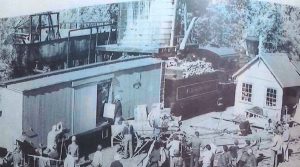 Jamestown, CA — The Tuolumne County Board of Supervisors may join the push to make Railtown 1897 in Jamestown a State Historical Landmark.

As part of the 150th anniversary of California State Parks, the State Office of Historical Preservation has given Railtown an application to be listed as a California Historical Landmark.  The State Historic Resource Commission will have the final say on the listing.  The Commission will consider Railtown along with other nominations at its April 22 meeting.

At Tuesday’s meeting, Tuolumne County Supervisors will decide whether to send a letter to the Commission in support of the historical landmark designation.

Click here for more background information in support of the letter as well as the proposed letter.