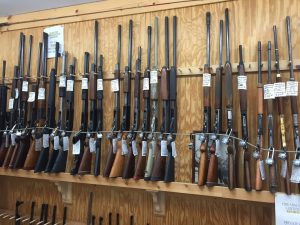 Cortez Masto was Tuesday’s KVML “Newsmaker of the Day”. Here are her words:

My hometown and its people inspire me every day with their enterprising spirit and their commitment to helping each other.

I witnessed that commitment in action nearly two years ago, on October 1st, when a gunman opened fire on concertgoers attending the Route 91 Harvest Music Festival.

My niece was at that festival. She came home that night. Too many others did not. 58 people were killed and hundreds more were injured.

The Route 91 Massacre remains the deadliest mass shooting in American history. Sadly, it wasn’t the last. Dozens of communities and families have been torn apart since then in:

And many more communities across this country.

It doesn’t have to be this way. We can prevent other families from losing their loved ones to senseless gun violence.

We can pass common sense legislation requiring background checks to keep guns out of the hands of criminals and dangerous individuals.

Americans agree. More than 90% of Americans say they want sellers to look closely at who exactly is trying to buy a gun. And it doesn’t matter what side of the aisle you’re on; we all want to keep our families safe.

Universal background checks are an essential first step toward ensuring we reduce the number of mass shootings in America, keep guns out of the hands of those who shouldn’t have them, and save lives.

We know that it can’t stop every tragedy, but this is a common sense, bipartisan bill that can save lives and reduce mass shootings in our country.

My home state of Nevada passed background checks this year after Nevadans voted for them in 2016.

Congress can get it done as well. My friend, Senator Chris Murphy has introduced legislation that would close loopholes on background checks and save lives, and the Democratic-controlled House of Representatives passed it almost 200 days ago.

Yet, here in the Senate, the Bipartisan Background Checks Act hasn’t received a vote.

And there’s only one person holding it up: Republican Leader Mitch McConnell.

We can’t have this type of inaction by the Majority Leader – not when the stakes are so high. He keeps saying he’s waiting on the president.

Well, my answer to that is when more than 90% of Americans support it – the people who elected us – we don’t need to wait for the president.

Two years ago, I stood on the floor of the United States Senate after the Route 91 tragedy in my hometown. I told Nevadans that I would do all I could to fight to pass common sense gun safety legislation to ensure a tragedy like that never happened again. And two years later… I’m still fighting.

As we approach the two year anniversary of the Route 91 Massacre, we can show those families touched by mass shootings that we’re willing to act. That we can offer them something more than thoughts and prayers.

Let’s actually come together and pass this bill in honor of all of the daughters, mothers, sons, fathers, sisters, brothers, and friends we have lost to senseless gun violence.

And let’s get something done for the people in our lives we would do anything to protect and we could not bear to lose.