Serving as a fire investigator, Grizell acknowledged that Wainwright has been cited for the fire that covered approximately 20 acres. Two other homes were damaged. In addition a vehicle on the Gast property and a boat were destroyed. 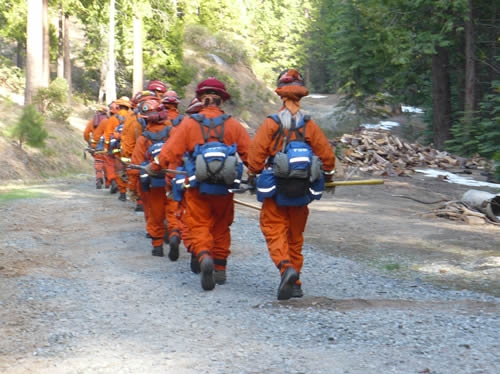 Stanislaus National Forest Public Information Officer Pat Kaunert reports that six hand crews, five engines and three water tenders are on site today in a mopup operation. Patrols will be on site for the next couple of days to detect any flareups.

No injuries to firefighters, residents or animals occured. According to CAL Fire Batallion Chief Barry Rudolph the fire was initially reported at 3:30 Friday afternoon.