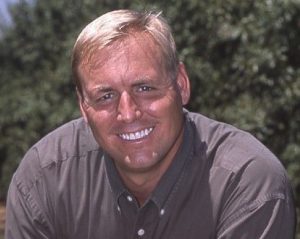 Sacramento, CA – Republican Senator Jeff Denham has declared his candidacy for the 25th District Assembly seat that will be vacated by Tom Berryhill in 2010.

The primary issue over the next couple of years is expected to be the state’s increasing deficit.

“We’re going to have to address the budget and reform the process,” says Denham. “We need to put some teeth into our constitution so that it forces legislators to get the budget done on time, and have a third party verify that it is actually balanced and we’re not rolling deficits over from year to year.”

Denham says he opposes the idea of raising taxes to balance the budget, is against the 11.1 billion water package that will go before voters next November, feels that public safety must remain properly funded and would like to see state business regulations decreased in hopes of spurring the economy.

Denham has gained Assemblyman Berryhill’s official endorsement. To run for the Assembly, Denham is dropping is campaign for Lt. Governor. He currently has over $1 million in his campaign accounts.