The Rock To Reopen But Not At The Rock 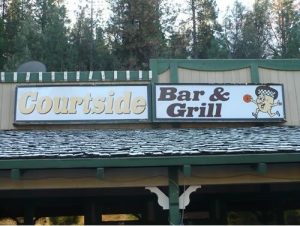 Twain Harte, CA — Twain Harte’s Rock Restaurant will reopen tomorrow morning for breakfast only it won’t be at The Rock.

For the next couple of months while the Fuller Road building is being repaired from that November 11th midnight fire The Rock will take over the Court Side Bar and Grill in the Village Plaza.

From Co-Owner Diane Dunigan, "The timing was absolutely perfect. Immediately after the fire we spoke with the owner of the Village Plaza Shopping Center and this last Tuesday we received the o.k. on a lease to move into the Courtside Bar and Grill.

We are so happy for our employees that they can come back to work. We’ll be open for breakfast tomorrow and of course Friday is the day of our Twain Harte Christmas Parade."

As for returning to the Fuller Rd. building, "We’re hopeful that we can get back into our building by the first of May. It just has such a great atmosphere there that we’re already looking forward to that move."