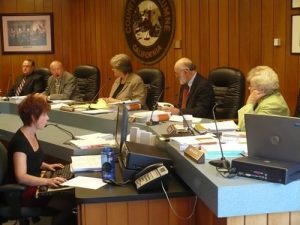 Sonora, CA – By a 5-0 vote, the Tuolumne County Supervisors voted down a proposal to eliminate the Columbia, Jamestown and South County Planning Commissions.

The idea was proposed by CAO Craig Pedro as a way to reduce costs and streamline the government process.

Board Chair Teri Murrison was the lone Supervisor to speak in favor of the idea during Tuesday’s meeting, but still ended up voting with the majority. The four other Supervisors cited that they were concerned that this would reduce the ability for residents to ‘have a say’ in government decisions.