Wildcats To Hit The Road For Lincoln 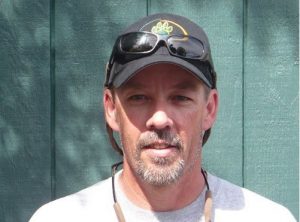 The 9-2 Wildcats (#4 seed in A bracket), opening round 20-7 winners over Whitney, practiced this morning at Dunlavy Field before starting to enjoy the Thanksgiving Holiday with family and friends.

From Head Coach Bryan Craig, “Yeah, they’re (Lincoln) 11-0 for a good reason (#1 seed in A bracket). We got to go all the way up to Lincoln, but we’re going to make a day of it. We’re going to leave early and stop and get something to eat and then we’ll do some walk throughs on their field. We’re up for the challenge. Everybody is saying they’re 11-0 and they’re going to take this thing. We’ll see.

The biggest challenge is we’re not that familiar with their personnel but on another note they run the Wing-T offense just like Oakdale so we’re familiar with how to defend that offense although we didn’t do it very well against Oakdale. We’re hoping to do a little bit better job.

Up front they’re very big. They have one guy who’s 6-5 and 255 pounds and another who is 6-5 and 300 pounds. These guys can move … it’s going to be a big challenge for us. In the backfield they’re got a couple of guys who are fast … not Oakdale fast but they’re right up there. They’re faster than we are … pretty much everybody is.”

As for the seniors, “Yeah, they’re all excited about it. They’re talking about playing all the way into December right up to our banquet. All the seniors are very excited about still playing.”

Tomorrow night’s game will be broadcast on STAR 92.7 with the pregame show getting underway at 6:45. The game will also be audio streamed on myMotherLode.com.