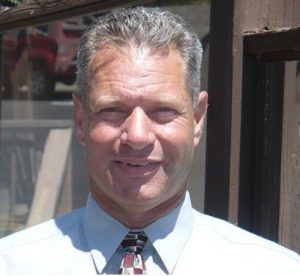 Remmel reminded those with Thanksgiving holiday travel plans, that a “maximum enforcement” period will take place from Wednesday Nov 25th through Sunday Nov 29th. This means that officers will be out in force, looking for minor and major traffic violations.

Additionally, the C.H.P. will be helping with traffic control, during the Sonora Christmas Parade, on Friday November 27th.

Although motorcycle deaths in California are down from two hundred sixty four last year at this time to one hundred ninety eight this year, Myers said that inattention from both vehicle drivers and motorcycle riders is leading to an unusually high amount of motorcycle accidents in both counties.

Remmel adds that Tuolumne County also has a high number of foreigners who rent the motorbikes and are simply not familar with the local roads.

“If you make a mistake,” Remmel said, “our roads can be pretty unforgiving.”

One notable trend is the increasing amount of bicyclists throughout California. This is thought to be a result of the economy as of late.

Myers said that although it is perfectly legal for a bicyclist to talk on a hand held cell phone, the same bicyclist could be cited for reckless riding. The cell phone law itself only applies to “motorized vehicles”.

The CHP also reminds bike peddlers that it is illegal to ride a bike while intoxicated. This is called a BUI- Bicycling Under The Influence, and if caught that rider will be arrested and taken to jail. The arrest goes on a person’s driving record for three years.