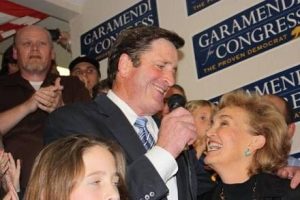 Garamendi’s victory was all but certain after he won the September primary election in the heavily Democratic district. He easily defeated Republican David Harmer.

He will take over the seat vacated by Ellen Tauscher, who resigned to become Undersecretary of State for Arms Control and International Security.

The 64 year old Garamendi was born in Mokelumne Hill.