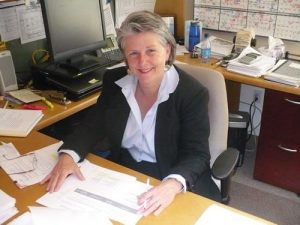 Boyce has spent the past 10 years as the Director of the Calaveras County Health Services Agency.

“I know quite a few people in county government and the community already, so I think I will be able to hit the ground running,” says Boyce. “I’m really looking forward to this new role and working with the Board.”

Boyce will take over on an interim basis November 23rd and permanently on January 16th when Lawton exits.

During her tenure with the County Health Services Agency, Boyce served as Chairperson of the First Five Calaveras Commission between 2005-2007. Boyce implemented two initiatives passed by the voters in recent years: Proposition 63, “The Mental Health Services Act,” (2004) and Proposition 36, “The Substance Abuse Crime and Prevention Act of 2000” establishing wellness and recovery services.

According to information from Calaveras County, Boyce has been a member of the CA Department of Corrections and Rehabilitation’s Executive Steering Committee for the tri-county (Amador, San Joaquin and Calaveras) regional reentry facility, and she recently served on the Executive Committee of the County Health Executives Association of California. Boyce chaired the county’s Emergency Medical Services Task Force in 2002 and the Medical Marijuana Task Force in 2000. Prior to her appointment as Health Services Agency Director, Boyce served seven years as a Senior Administrative Analyst in the Calaveras County Administrative Office, including a short period as Acting County Librarian.

Boyce has a B.A. degree in Liberal Studies and an M.A. in Education and Human Development with a Certificate in Gerontology. She is married to John McDonagh and resides in Mokelumne Hill.