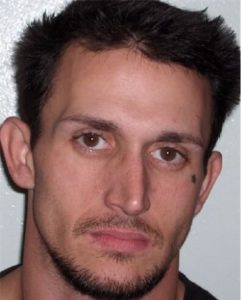 Long Barn, CA — An arrest has been made in connection to an October 4th home invasion robbery in Long Barn.

During the early morning hours of that day, a 25-year-old man was reportedly attacked in his home by two men in the 29000 block of Hwy 108. Multiple items were stolen from the residence.

Perkins matched the description of one of the suspects because he has a tattoo of a star underneath one of his eyes. Perkins was actually taken into custody this week on a separate charge of parole violation. It was then that officials connected him to the October 4th incident.