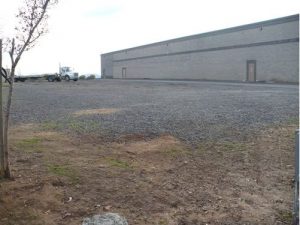 Sonora, CA — While a groundbreaking date has yet to be set, plans are moving forward on the grocery expansion project at the Wal Mart store.

According to City Administrator Greg Applegate, "We have what we refer to as an administrative draft. We will be reviewing that over the next couple of weeks to get ready to release the actual draft E.I.R. (Environmental Impact Report) and that would go to advisory agencies, etc.  I would expect in the next few weeks that we would have that ready for for public review.

Naturally we have to go through the E.I.R. process which will require a public hearing where the public will be invited to comment on the draft E.I.R. and then, of course, we will have to come back and adopt a final E.I.R.

I would say that if things progress the way they are, we would hope to have public hearings scheduled sometime shortly after the first of the year."