Cogdill Upset Because Of No Action On Water 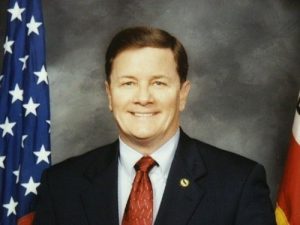 “We have an obligation to get a comprehensive water solution accomplished but what’s on the table is not a serious attempt to get water flowing in our state and help our economy get back on track,” states Cogdill. “There are quite a few hurdles to overcome, but they are not insurmountable. The proposals that the majority were putting up for a vote would have not added a single drop of new water in our state. Republicans agree our fragile Delta needs to be fixed, but we have been clear that environmental protection should not come at the price of economic destruction.”

Democrats and Republicans say there is enough momentum to try again and vow to continue meeting in a yet-to-be-announced special session.

According to the Associated Press, lawmakers did pass legislation that would reduce the state’s prison population by 16,000 inmates. Lawmakers also approved the nation’s most ambitious renewable-energy standards and are poised to restore about $16 million to domestic violence shelters.