Winners Spotlighted At Dancing With The Stars 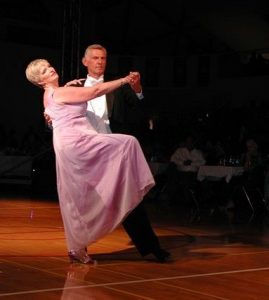 Winning couples in each competition received $500 … second place; $300 and third place $200. The prize money was then donated to the favorite non-profits of the winning contestants.

In all 14 couples took part in the Saturday evening competition at the Oak Pavilion on campus. Beneficiaries are Omega Nu and the Columbia College Foundation.