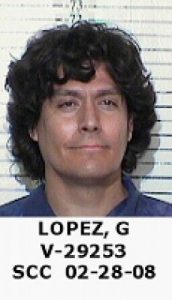 Lopez is charged with escaping from the prison by force, burglarizing a residential home, setting the home on fire, burglarizing the Chinese Camp Fire Station and being in possession of stolen property. Lopez allegedly burned down a historic home at 6,900 O’Byrnes Ferry Rd. that had been used by Hollywood film producers, and he was captured a few days later in Chinese Camp.