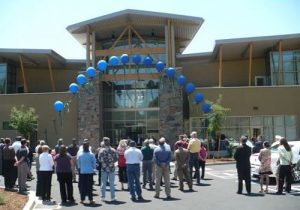 Jackson, CA — Jackson Rancheria has decided to close down its Lone Wolf Restaurant, Grand Oak Ballroom and its hotel banquet room and kitchen until further notice.

In addition, all concerts and movie events scheduled for after July 9th have been cancelled.

Rancheria CEO Rich Hoffman has released a statement reading, “Recently, after a careful evaluation of the deluxe portion of the hotel, our Builiding Official, CSG, communicated some concerns about the building’s performance in the event of a fire. In a response to that report, the Tribe has elected to put the safety of our guests and staff ahead of any other concern, and discontinue the use of these areas until a correction is made.”

There is no definitive date as to how long the areas will remain closed.
Written by bjhansen@mlode.com.