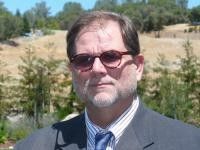 San Andreas, CA — Calaveras CAO Bob Lawton is working feverishly to reduce the number of potential layoffs prior to his budget being voted upon by the Board of Supervisors.

Currently Lawton is proposing 50 layoffs but at the same time he adds that he is working through different scenarios to reduce that number as much as possible. Lawton adds that no layoff notices have been issued.

With the state taking Proposition 1A off the table Lawton has been able to place $1.5 million in the contingency fund for the 2009-’10 budget. Without that addition Lawton states that the county would have only had $5,000 for contingencies over the next 12 minths.

Lawton readily admits the county has taken a $4.9 million hit due to falloffs in property tax and sales tax revenues. Total amount of the proposed budget is $37 million.

The New York native says the proposed budget will be presented to the Board of Supervisors and released to the general public later today with budget meetings to start next week.