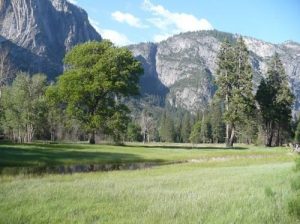 According to Ranger Kari Cobb Hale had been reported missing since Sunday morning. He was found by Park rangers at 1pm today.

It appears that Hale fell from an unnamed cliff face above Mirrior Lake in eastern Yosemite Valley. The exact cause of death and other details remain under investigation.

Hale was an employee of Delaware North Corporation and Resorts at Yosemite, Inc., the Park’s primary concessionaire. Hale was in training and scheduled to work at White Wolf.