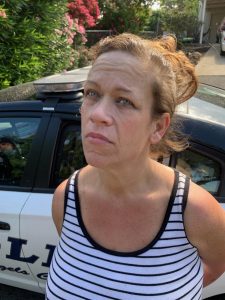 Angels Camp, CA — The Angels Camp Police reports that a suspect allegedly stole a check out of the PO Box of one person, and used a stolen ID from another to cash it.

The identities of the victims were not released by law enforcement, and limited details are available. However, it is known that the suspect, 48-year-old Angels Camp resident Louise Walsh, has been arrested on two counts of elder abuse, as well as mail theft and forgery.

The investigation led to Walsh, a mutual acquaintance, and she was arrested yesterday morning in the 500 block of Amador Avenue and booked into Calaveras County Jail.