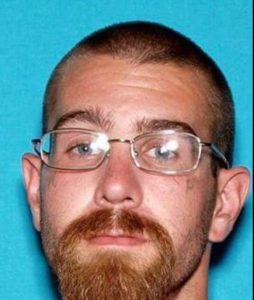 Sonora CA – A jury has convicted a local man of attempted murder and deadly weapon assault with both convictions carrying special allegations.

According to Tuolumne County Laura Krieg, who prosecuted the case, 34-year-old John-Paul Schowachert of Sonora was convicted by a jury Monday before Judge James Boscoe. The convictions relate to an Aug. 30, 2016 attack on a Jupiter man after which the defendant fled to Nevada. He was located four months later and extradited back to Tuolumne County to face the charges.

According to the DA, in addition to being convicted of attempted murder, the jury agreed that Schowachert acted willfully, with deliberation and premeditation, that he personally inflicted great bodily injury on the victim, and that he personally used a knife in the commission of the offense.

Similarly, in the assault with a deadly weapon conviction, Krieg was able to prove to the jury that the defendant personally inflicted great bodily injury on the victim.

Krieg recounts that on the evening of Aug. 30, 2016, Tuolumne County sheriff’s deputies were dispatched to a property in the area of Italian Bar Road and Diamond Placer Circle for a reported stabbing. The victim was driven from the Jupiter area by friends to meet the deputies and medical personnel and witnesses reported that three unknown males had jumped the victim and accused him of theft.

While the victim denied taking any items from the suspects, the altercation turned physical and the victim was punched and kicked numerous times in the head as he repeatedly pleaded with his attackers to stop. At one point during the altercation, the defendant, John-Paul Schowachert, pulled a knife and stabbed the victim multiple times in the chest and stomach area. The defendant then fled the scene with his co-participants, who later turned themselves in and cooperated with law enforcement.

Krieg thanked the jury members for their careful attention and their thoughtful deliberations and additionally thanked the Tuolumne County Sheriff’s deputies and detectives for their hard work in the case investigation.

Schowachert is scheduled to be sentenced Aug. 13 in Tuolumne County Superior Court and faces a prison sentence of 11 years to life.