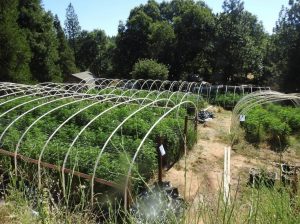 West Point, CA — A Calaveras County man was arrested in connection to an illegal marijuana growing operation in West Point.

The Sheriff’s Office served a search warrant in the 200 block of Bucksaw Lane and found 1,100 marijuana plants and 27-pounds of processed cannabis. Officials also confiscated five guns and an illegal high capacity magazine.

50-year-old Robert Redding of West Point was arrested on charges of illegal cultivation of marijuana, possession of the drug for sale, and possession of a large capacity magazine.