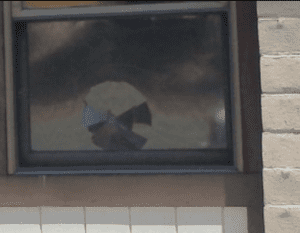 Sonora, CA — The Sonora Police Department reports that a man punched and broke a window right after making threats to employees at the location.

It happened Wednesday at around 1:30pm at an unidentified location on South Forest Road. The suspect, later identified as 30-yar-old Carlos R. Canez of Sonora, was detained a short distance away on Stockton Road. The police department reports, “He denied involvement, however, a positive identification was made by witnesses. The damage to the window was estimated between $500-$900.”