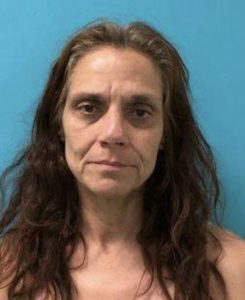 Sonora, CA — The Sonora Police Department arrested a woman following a fight at an apartment complex in the 400 block of Greenley Road.

The PD reports that 55-year-old Lori McNaul told officials that a male neighbor pushed her down and punched her several times in the face. However, officials note that the investigation instead revealed that the fight started when the man confronted McNaul about squirting water at one of his kids. He told officers that during the dispute, McNaul allegedly lunged at him and bit his upper bicep, and then she fell and injured her face. The PD says she also reportedly picked up a rock and tried to hit him in the head, but the man was able to escape upstairs to his apartment. McNaul was booked into county jail.